Funding Your Start-up and Other Nightmares
by
Sanjeev Bikhchandani
Founder and Vice – Chairman – Naukri.com 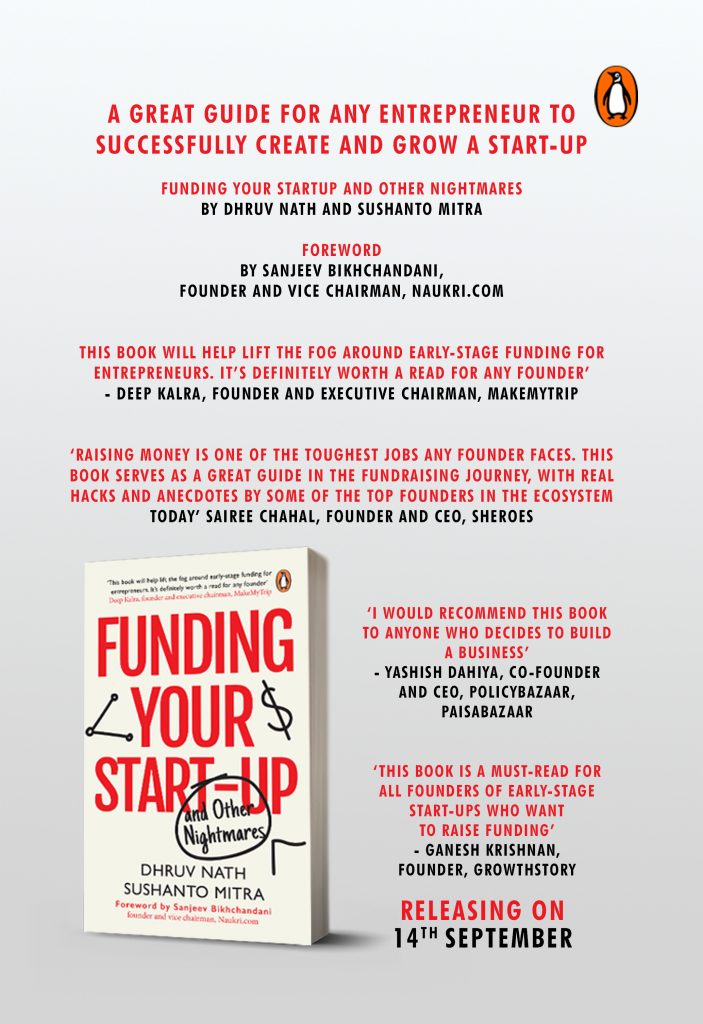 Dr Dhruv Nath is a Professor at MDI, Gurgaon, a Director with Lead Angels, and an Angel Investor. Earlier was a Senior Vice President with NIIT Ltd. He has been a consultant to the Top Management of several organisations such as Glaxo, Gillette, Nestle, Indianoil Corporation, Thermax, Bajaj Auto, etc. Dr Nath has a B Tech in Electrical Engineering and a PhD in Computer Science, both from IIT Delhi

Sushanto Mitra is an Entrepreneur who has been associated with the early stage ecosystem in India for more than 15 years. with a prior experience in consulting and financial services.
As the Founder & CEO of Lead Angels – started initially by a team of three originally from IIT Bombay to assist early stage investments in start-ups. Sushanto has taken the network to over 130+ members/investors across the globe.